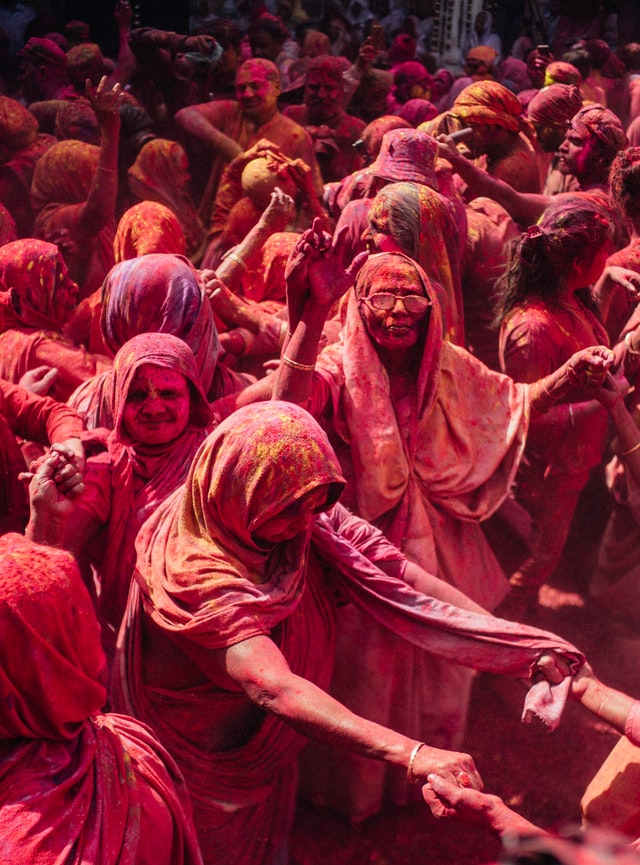 Holi is the most colorful festival celebrated in India by every region, every age group of people. The festival of color held in the spring season in March. This is the joyous and vibrant festival ever celebrated among Hindus and non-Hindus.

On this cheerful day, people drench each other in the colored water by a water gun, tiny water balloons, and apply Gulal or Holi colors. Everyone cheers a lot, eat traditional Gujiyas, and play colors restlessly. Although it’s a fun festival among all.

But why do we celebrate the festival of color? How it’s originated?

Holi is the story of Lord Vishnu, his biggest devotee Prahlad and his demon aunt Holika. Prahlad was the son of Hiranyakashipu, the king of all demon and asuras. Hiranyakashipu was immortal and could not be killed by any man or animal. Thus, he demanded everybody to worship him.

But his son Prahlad keep glorifying Lord Vishnu despite praising his father. Hiranyakashipu got angry with Prahlad’s behavior and make him sit onto the mildew with his aunt Holika by deception. Prahlad sat on the fire and started praying to Vishnu for his safety. However, Holika scorched into the fire but Prahlad was saved.

Later, Lord Vishnu took the Narasimha avatar (half lion half man) and killed Hiranyakashipu. Eventually, Holika begged to Prahlad for forgiveness before death. Since Prahlad declared her remembrance as Holi every year.

Thus, before the day of Holi, across India, people light a bonfire as ‘Holika Dahan’ by following some rituals.

Holi celebrated across India with different customs and rituals. As in, in West Bengal, the celebration is known as ‘Basanta Utsav’– the spring festival. In Maharastra, people break clay pot and the ritual known as ‘Matki phod’. In Vanaras, Holi is celebrated as a grand carnival. Though the rituals and customs differ, people, united by the playfulness and color of Holi.

Feature Image Credit: Photo by Tom Watkins on Unsplash. (free for commercial use)