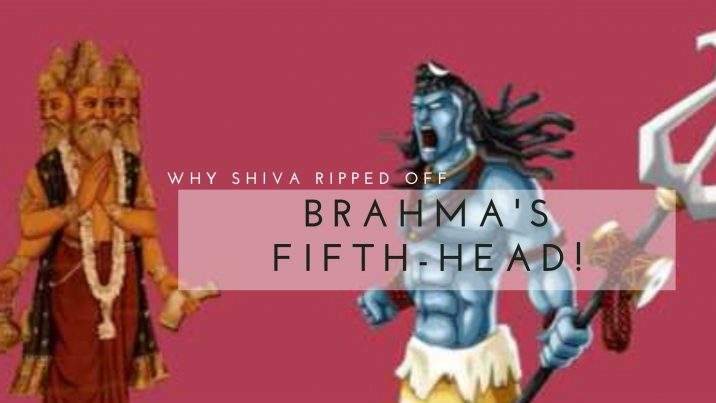 Brahma– the four-headed God (Brahma was five-headed before), always counts as a prime deity among Trimurti or Trinity God– Brahma, Vishnu, Maheshwar (Shiva). In old Puranas and Vedas, we can find the explanation of the “Hiranyagarbha” – the golden womb, from where the creation got origin and which the Prajapati Brahma created. Thus he still recalls as the creator of the universe by the living creatures.

Even though Brahma is the creator, people don’t worship or praise him like other deities. Another significant source we get to know from Vedic knowledge that Shiva eventually attacked Brahma – why so?

Here’s why Shiva ripped off Brahma’s 5th head and made him four-headed & how Mighty Shiva explored the nature of creation to obtain a point of unalloyed stillness.