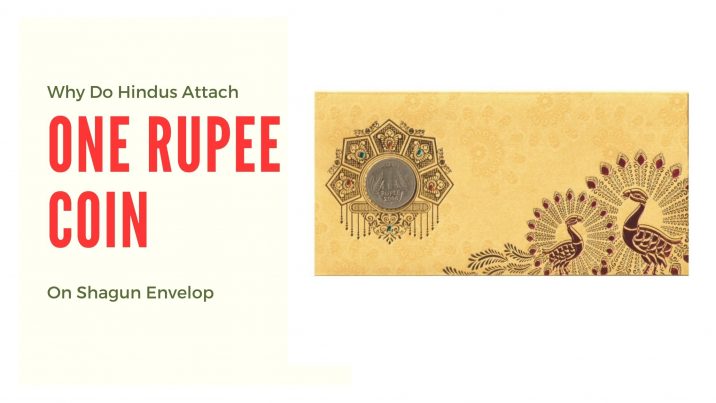 In Indian weddings, rice ceremonies, or other religious ceremonies, guests proffer envelopes that contain cash or gift coupons. The envelope barely is attaching one single rupee with the envelope. It’s called a Shagun envelope. In India, people consider the one rupee to be auspicious for any holy ceremony.

It is believed that when we add one rupee coin to any stable amount, the extra money depicts the wishing of growth for the receiver at various levels. In India, the ritual of giving cash as a gift during weddings and other occasions. People consider it to be good to add a rupee to the total amount.

However, there are various reasons behind this practice. For some, it’s a token of love and luck, and for some, it’s a blessing. Also, for others, it’s a beginning of a new cycle. Besides, many believe that the one rupee makes the sum an odd number and invisible, which is a good omen for a married couple.

If the rupee is not added, the total sum will be separable, and it will end in zero that indicates an end. So, adding the rupee will make the number odd, hence, assuring continuity.