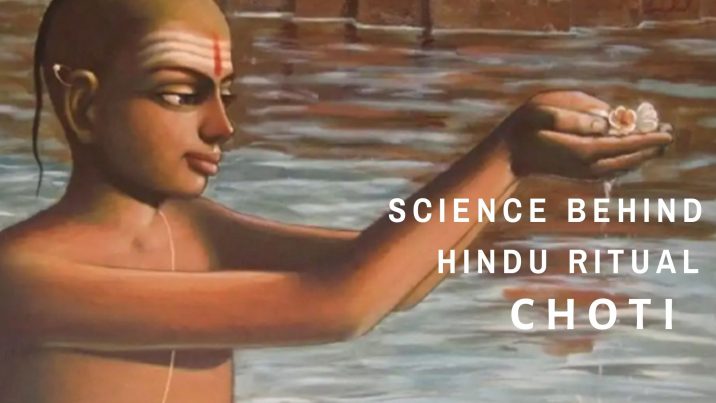 Hindu civilization is divided into four categories, and those are– Brahmins, Kshatriya, Vaisya, and Sudra. Among them, Brahmin men are seen having Choti or Shika in their heads. Choti or Sikha is basically the long tuft or a lock of hair on the back of the shaven head of a male Hindu.

You may have noticed that long tuft but ever wondered why they have a lock of hair on their shaved head? We will tell you why.

Generally, according to 16-sanskaras or ceremonies in Hindu culture, Hindu men shaved their hair in their child stage as a must observe ritual known as Chudakarama. It primarily signifies Ekanta or one-point focus on a spiritual goal and devotion towards God. It also indicates cleanliness plus own sacrifice to God.

There are several scientific benefits of Sikha or Choti, and through the video below, you can know all whys in brief. So, continue watching!