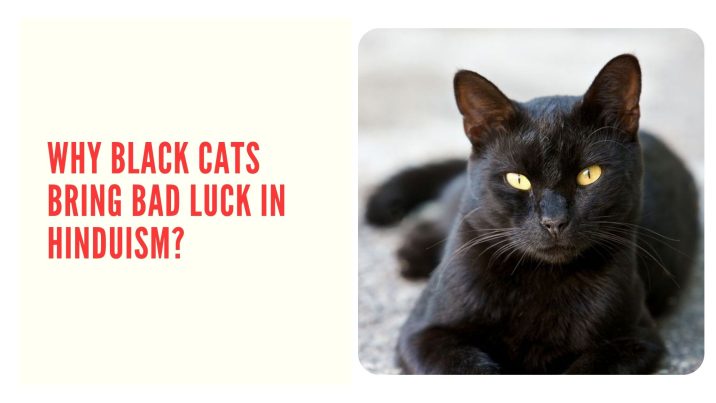 In Hindu culture, several superstitions are there, which people blindly and faithfully continue to follow for decades. One of the most common Hindu superstitions is “A black cat crossing your path.”

In Hindu culture, “Saguna Sahstra” is a branch of astrology that studies omens. This Shastra explains that black is the color of planet Saturn that causes delays or failures in our future ventures or even fortune. Therefore, when a black cat crosses the path of an individual, it indicates that the particular task would not provide desirable results or would get delayed.

To avoid the ill impact of this bad omen, you can pray to Lord Ganesha as he believed to remove all obstacles from our path. Also, when a black cat crosses the road, you should walk ten steps backward and turn around three times to ward off bad luck, which it may bring. And, if you are driving, it’s advisable to turn around and return to avoid a bad fortune.

In some countries, a black cat is considered a symbol of good luck. Yet, in India, it’s a symbol of bad luck or poor fortune.