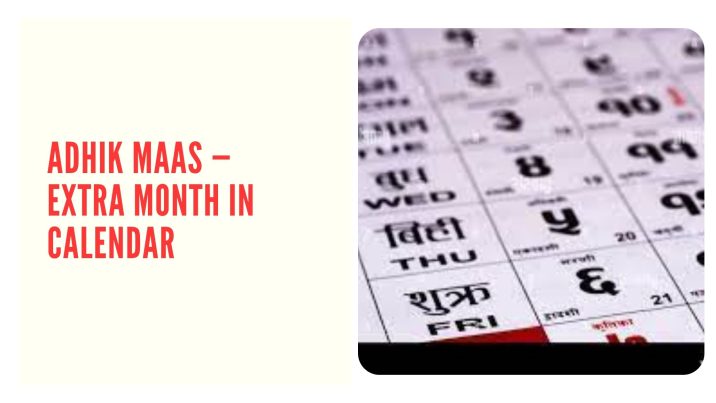 Purushottam Maas or Mal Maas (month) is an additional month in the Hindu calendar, which keeps the lunar and solar calendars aligned. This particular month refers as Adhik Maas.

Purushottam is an epithet of Lord Vishnu, to whom an entire month is dedicated. However, previously, people named it Mal Maas because no favorable activities and eventful ceremonies like weddings, Annaprashan, etc., are forbidden during this month.

Since the Hindu lunar calendar follows the cycle of the Moon, it has 29.5 days, unlike the solar month. That’s why the total number of days in a lunar year gets reduced to 354days. It results in less than a month shorter period than a solar year.

Hence, an extra month is added to the lunar calendar to reduce the solar and lunar years gap. It repeats every third year to compensate for the additional days. It makes Adhik Maas a unique concept to the traditional Hindu calendar.

However, the position of Adhik Mass (extra month) isn’t fixed, and therefore, it can appear randomly between any two months. Though people do not celebrate any auspicious activities or festivities, some religious functions still fall during this period including, the magical Radha Krishna wedding and a month-long fair in the Macchegaun village, Nepal.