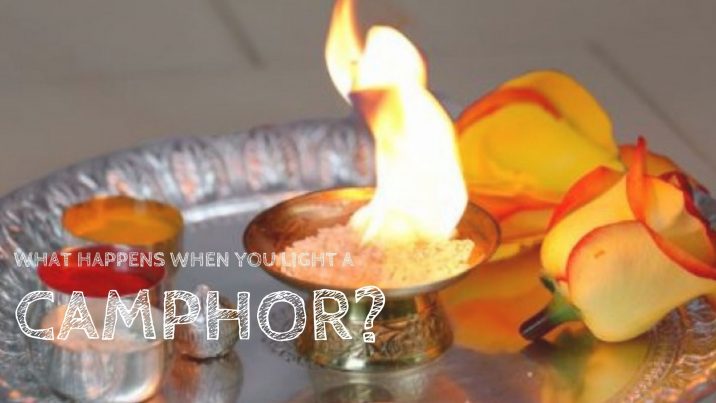 Camphor, also known as Kapur in Hindi, is a major element during Hindu pujas (prayer). It’s a common ingredient that is found in every Indian household. Like flowers, incense stick and earthen lamp, camphor is also a significant component, and without it, any puja is considered incomplete.

Importance of Camphor during Hindu prayer:

Be it any religious ceremony, festival or simple house prayer – lighting camphor during prayers holds its own importance and scientific benefits blended with religious faiths.

The practice of lighting camphor during Hindu prayers is seen for ages. Especially during Aarti, Havan, etc., camphor plays an important role. As per Hindu beliefs, the fragrance of camphor makes gods and goddesses happy and satisfied.

Besides, camphor is believed to destroy any manner of evil energies. It also enhances the flow of positivity in surroundings. You will feel your surroundings perfumed and filled with positive dynamism.

Benefits of lighting camphor during puja:

Instead of fusing a worldly essence and compassion, camphor holds some immense benefits to share. It has some healing properties that can cure you from body to soul.

Click on the video to know the incredible benefits of camphor: