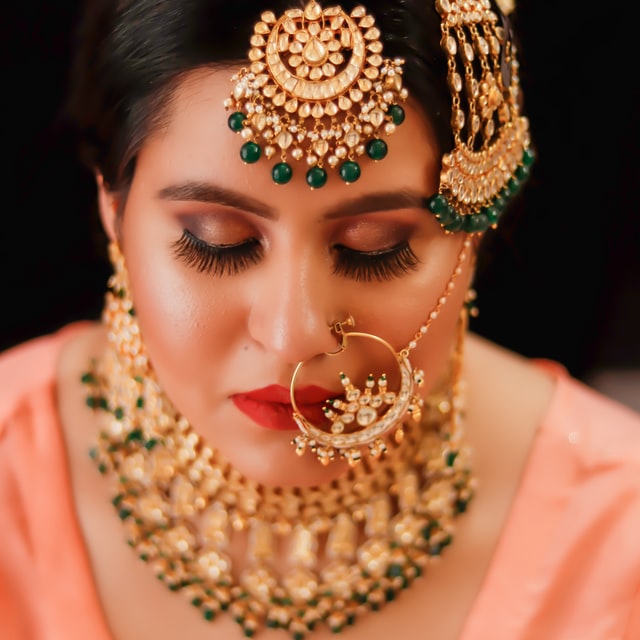 Nose pin or “Nath” (in Hindi) is such an elegant accessory that is a part of Indian culture. Nose piercing is a significant Indian custom followed by Indian women. Married or unmarried, both can wear a nose pin. In the case of an unmarried girl, they must pierce the nose by the age of 16 (traditionally the marriage age in India). But the nose ring must be worn by the bride on her marriage day.

According to Hindu beliefs, the exhaled breath of the wife is good for her husband and her child. Most places like in eastern India, the superstition is that when a woman wears a nose pin, the air comes through the metallic circumvention, which is good for health. Besides, wearing a nose pin benefits a woman’s health, according to Ayurveda. Let us explain.

Every girl or woman should wear nose rings. As per Ayurveda, piercing into a particular node near to the left nostril treats the monthly menstrual pain of a woman.

Though history says nose ring custom came to India during the Mughal era in the 16th century. Today women from every religion wear these stunning nose studs.

Call it nose pin or nose ring or a nose stud, these little jewels are available in beautiful shapes, and nose ring design, and adds grace to every woman. Must try!