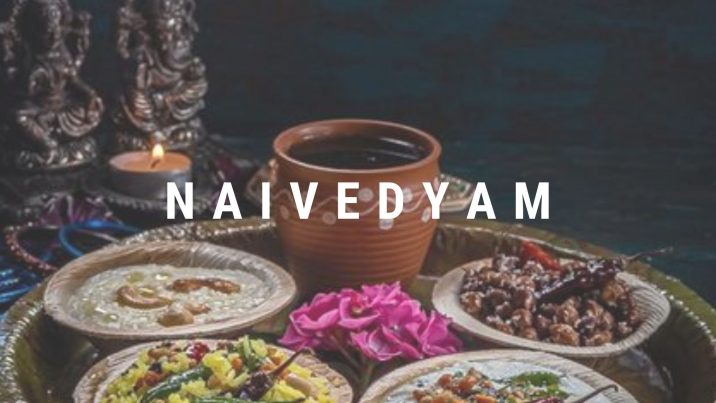 In India, people from Hindu culture generally offer food to the mighty Lord before eating. The offering food is commonly known as “Naivedya” or “Naivedyam.” Once the Lord grants the Naivedyam, the devotees partake of the offering as “Prasad” – a holy gift from God.

Customarily in temples, including in many houses, people even offer cooked food to the deity every day. Later, they mix the presented food with the rest of the food and serve it as Prasad.

But why do we offer Naivedya to God?

The Lord is considered to be supreme and all-knowing. Whereas humans are just a part of the creation, God is the totality. All that we do is because of his strength and knowledge alone. Hence, what we receive in life as a result of our actions is really his grace.

Therefore, we acknowledge this fact by offering food or Naivedyam to him. And later, we share it as the Prasad, which is a supreme gift to us graced by his divine touch.

Naivedyam also helps us to change our attitude towards food as we share what we get with others before consuming it ourselves. Since it’s a holy gift, we don’t agree to waste or reject it. Therefore, we eat it with cheerful acceptance.

So, you should also offer God Naivedyam or Prasad every day and consume it with cheerful heart sharing with others.