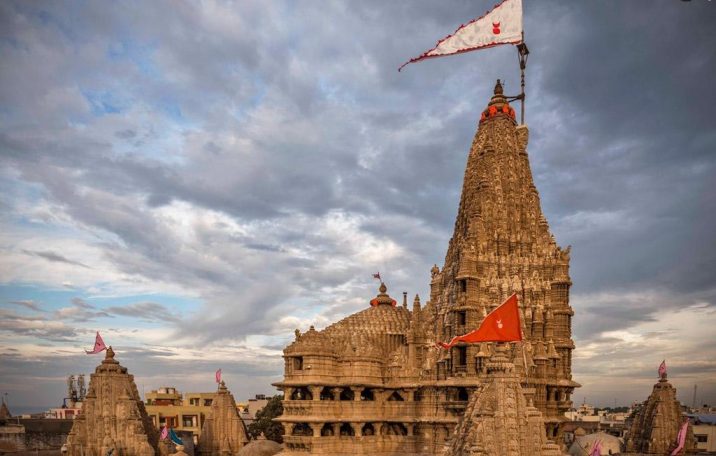 In India, as well as places overseas, there are uncountable temples dedicated to Lord Krishna. Among them, the greatest and most renowned is the Dwarkadhish Temple, situated at Dwarka, on the river banks of Gomti.

The temple at Dwarka is one of the purified Char Dham (pair of four pilgrimage sites) in India. Besides, it is also named “Jagat Mandir.”