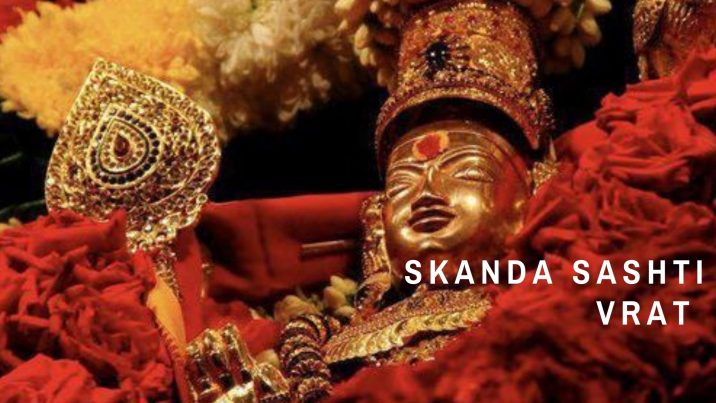 Skanda Sashti is a Hindu festival broadly celebrated in the South-Indian region, primarily all over Tamilnadu. The festival falls on the 6th day in the bright half of Hindu month Ashwin or Aippasi (in Tamil), in general.

The devotees worship Lord Murugan or Kartikeya on the Skanda Sashti festival and celebrate the day in honor of him. The Supreme General Lord Kartikeya or Kartik or Murugan is the son of mighty Shiva and incarnated to rescue all Gods from the powerful demon Tarakasura.

He is also called ‘Skanda’ – Shiva’s power of chastity preserved through penance. The festival is marked after his name “Skanda” and signifies the destruction of evil. Therefore, devotees commemorate the celebration as a victory over evil forces. They eventually observe fasting or Skanda Sashti Vrat, perform Puja (prayer) and recite the story of Skanda Sashti. Lastly, the joyous observance ends with devotional chants and prayers.