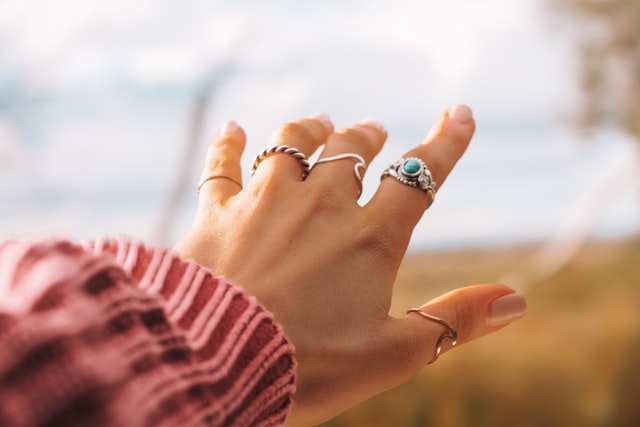 In ancient India, scholars classified the significance of each finger, which is connected to each part of an Individual’s body and brain in every way. Considering the nerves from different fingers connecting to the brain, science says that every finger of the human body plays a significant role in balancing the entire anatomy.

Index finger- the nerves of this finger are also connected to the brain in its learning capacitor neurons. Hence, if in one’s horoscope, Jupiter is ill-placed, then astrologers advise the person to wear a ring made of gold on the index finger, preferably with a yellow sapphire stone that again identifies the planet Jupiter.

However, people usually don’t wear any ring on the middle finger. In palmistry, this finger is associated with the planet Saturn. Besides, the ring finger is widely believed to have nerves passing through, evenly spread to the entire brain system, neurons, and cells. So, any frequent metallic fraction on this finger can lead to the excellent health and wellness of the person. This practice also improves one’s usual capacity to handle life with ease and confidence.

That’s why people commonly use a gold ring for men and women across the world for that finger, especially during marriages and engagements.

The little finger is identified with the planet Mercury. It controls the organs that are ruling the thought process of the brain.

So, wearing a ring on a finger can help a person control the body and brain smoothly.

Feature Image Credit: Photo by Maddi Bazzocco on Unsplash. (free for commercial use)