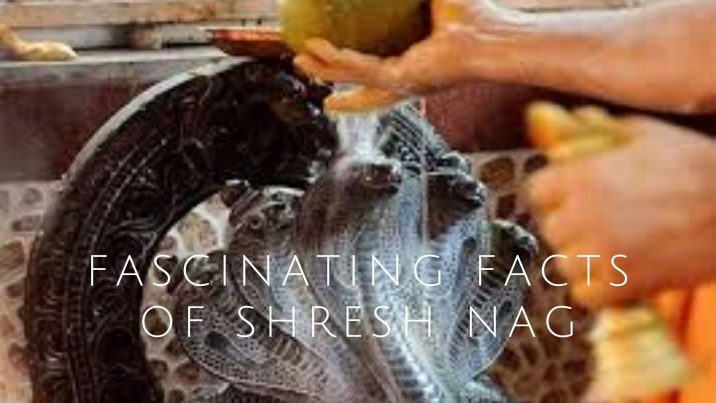 In Hinduism, Shresh Nag or Ananta Nag is the big white serpent with several hoods. He is called Nagaraja– the king of serpents, and he is cherished for his never-ending devotion towards Lord Vishnu.

However, many scriptures claim that Lord Brahma granted Shresh Nag a boon to bear Prithivi (earth) on his hood. Besides, the Bhagavad Gita and Puranas named him Sankarshana and also described him as the Tamasic energy of Lord Vishnu.

Shreshasayi Narayana is a popular manifestation of Lord Vishnu, where he reclines on the coils of Shresh Nag in Kshirasagara. He is the ruler of Patal Lok, or to be more specified, Nag Lok, which is the nether province in Hindu mythology.

Also, Balaram and Lakshman are believed to be the avatars of Shresh Nag, who served lord Vishnu during his incarnations. Besides, the Thiruvantapuram city is also named after Shresh Nag as the city of Lord Ananta.