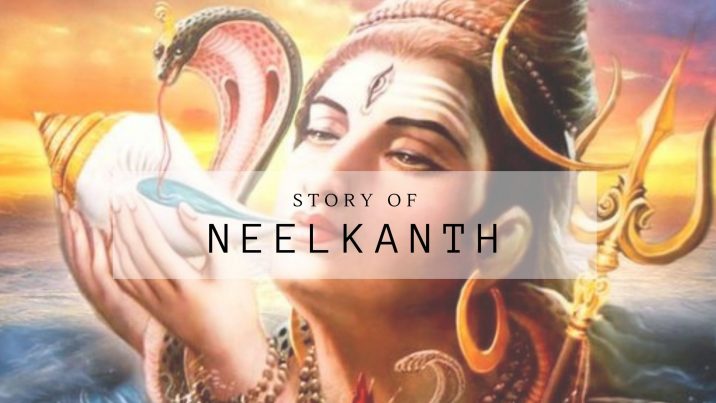 In Indian mythology, Lord Shiva is known by various names like Shankar, Bholenath, Kailashnath, Bhairava, Rudra, Mahadev, Beerbhadra, and so on. One of Shiva’s popular names is also Neelkanth, which literally signifies “blue throat.”

Why is Shiva named “Neelkanth”?

It is said that Lord Shiva once drank the most dangerous Halahal poison during the Samudra Manthan or Sagar Manthan, which is indeed a deadly poison. After that, his throat became all blue, including his body. According to mythological stories, Shiva drank poison in order to bestow the universe’s peace and harmony and save lives from monsters and devil kings.

Here’s the story of why Shiva is named Neelkanth & why he drank Halahal poison: