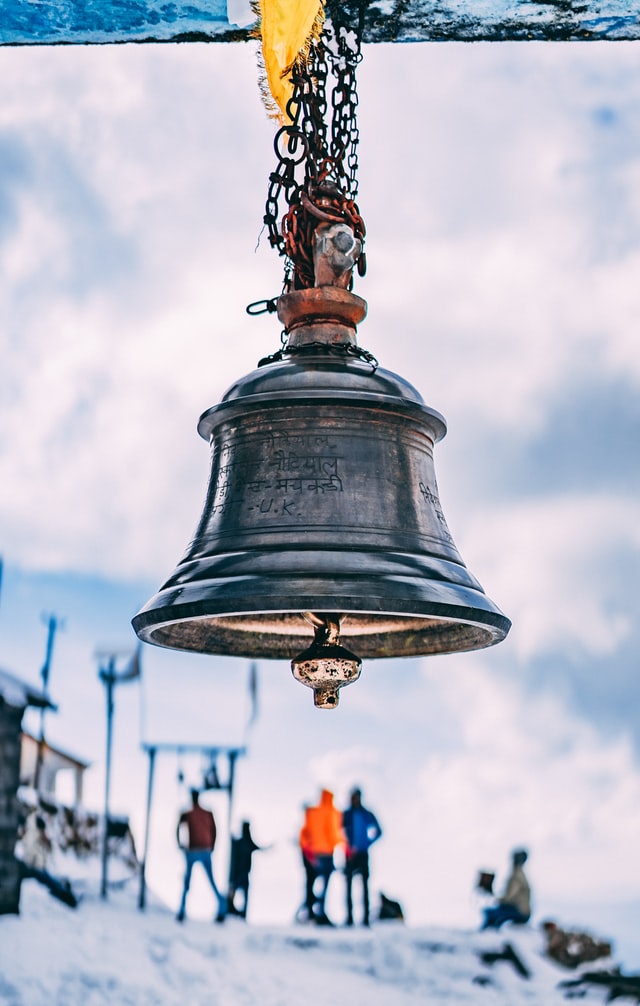 Some people believe that temple bell ringing means waking up God. But to let you know, the Lord never asleep. He is always aware of his prayers. Then what are the reasons?

The temple bell produces the sound of “OM”. OM is the universal name of the Lord. The sound OM is auspicious while praying. The temple bell sound soothes our mind by eliminating morbid noises. So that, we can devote God with complete concentration and vision.

Hindus ring the bell while offering arati, bathing the deity, and offering food to the deity. It is a must sound before starting pooja. Symbolically, the body of the temple bell represents the “Time” (Ananta). The tongue of the bell signifies the Goddess Saraswati. The sound of temple bell (ghanta) welcomes divinity and dispels evil.

In Hinduism, a mantra chanted while ringing the bell, that is: