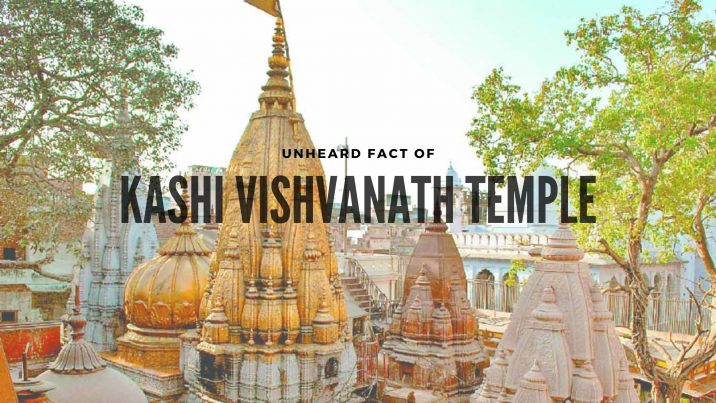 The holy shrine of Shri Kashi Vishvanath Temple is resided on the western bank of the divine river Ganga, at Varanasi, in the state of Uttar Pradesh. In this temple, a series of smaller idols of Kalbhairav, Vishnu, Dandapani, Vinayaka, Shanishwara, Avimuktshwara, Virupaksha, and Virupaksha Gauri is installed in the small lane, which is known as Vishwanatha Gali.

One fine day, an argument broke out between Lord Vishnu and Lord Brahma concerning their supremacy. Hence, Lord Shiva decided to test them, consequently, took the form of an endless pillar of lighting that pierced through the three worlds.

Afterward, Shiva asked both deities to find the tip of the light, and the one who would succeed will be declared as the supreme. Therefore, Brahma manifested as a goose and flew to the sky. Similarly, Vishnu manifested as boar and dug into the ground. Both made lots of effort to find the tip, but both were unsuccessful in their attempt.

Vishnu then accepted his failure voluntarily, but Brahma could not believe the collapse, however. He lied to Shiva that he had found the end of the lighting. Shiva was aware of Brahma’s lie, and he immediately took the form of Kalbhairav and cursed Brahma that no one will ever worship him on the earth, and he cut off the fifth head of Brahma.

However, the cut head of Brahma got stuck to Kalbhairava’s hand, and he was sworn as “Brahma-Hatya.” To remove his sin, Kalbhairava reached Kashi and dipped his hands into the Ganga River. Magically, the head became unclog from his hand, and he became free from his sin.

The endless light that pierced through the earth became 12 Jyotirlinga, and Shri Kashi Vishvanath Temple is one of them.