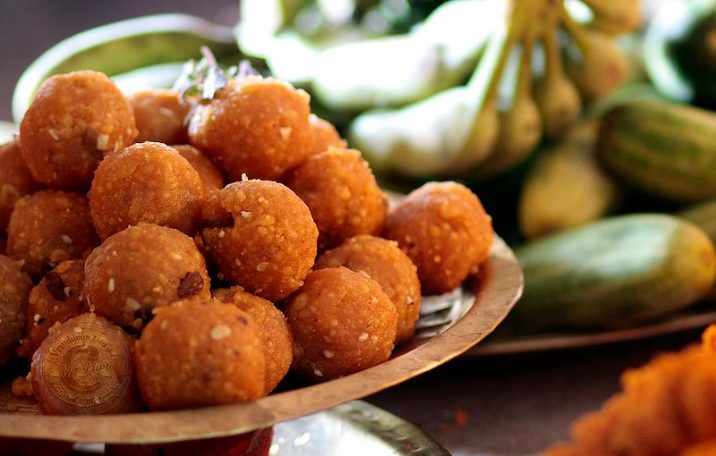 The Sanskrit word “Prasad” is the divine food that is offered to the deities while prayer. The Prasad or Prasadam means divine grace or mercy. In Hinduism, Prasad plays a vital role in terms of worshiping the god.

Prasad can be fruits, sweets, or something self-made, called ‘Naivedyam’. As in, Lord Ganesha loves “Modak”, so that, Marathi people prepares Modak by themselves during Ganesh puja. Eventually, in Mahanabami puja of Goddess Durga and the Laxmi puja, the offering food is cooked at homes.

Despite, some deities like Shiva or Vishnu, you must include bael leaf (Shiva) and Tulsi leaf (Vishnu, Krishna) in the prasad.

We offer the food to deities with our all devotion to diminish our karma. Eventually, by eating the prasad, you can progress your spirituality. The essential part of this practice is meditation. You must endeavor to pray and chant devotional mantras so that God accepts the divine food- Prasad.